On 15 March 2018 the Landesgericht Wiesbaden found the two owners of the SNZ gallery, Itzhak Z. and Moez Ben H. guilty of fraud, attempted fraud and document falsification. They were sentenced for 2 years and 8 months and 3 years respectively, as well as ordered to pay fines and damages exceeding 1 million euro

This page will attempt to shed some extra light on this major verdict against the Wiesbaden art forgery ring. As the written verdict takes several weeks to be published the information about the conviction and trial will be shown trough the media coverage the trial has received, as well as investigative journalism articles. As soon as the written verdict is published this page will be updated

During the Wiesbaden court-proceedings it was alleged that the owners of the SNZ gallery had been funding and using The International Chamber of Russian Modernism (InCoRM) as a vehicle to authenticate and promote their fakes. For research and archival purposes the complete archives of the InCoRM Journal and Forum can be found underneath

Lastly a complete list of artists whose work has been forged by the Wiesbaden art forgery ring can be seen, as well as a call for documentation, expertises and lab-reports

Please note that several articles are written in German. From the German articles it becomes apparent that the SNZ-Gallery was funding the foundation of InCoRM in 2007, as well as being it principle sponsor for a period. Furthermore it is stated that InCoRM members were paid to provide certificates of authenticity, as well as several of the forged works on trial were published in publications on various Russian artists by InCoRM members

On the General Statutes and Code of Good Practice of The Expert Members of InCoRM, pp. 2-5.

Svetlana Dzharafarova, The Life Of Russian Avant-Garde Works: An Essay In History, pp. 19-22.

Patricia Railing, Laurette Thomas and Ilenia Cassan, The Interaction of Scientific and Art Historical Investigations into Works of Art, pp. 27-31.

The Expert Opinion: Papers given at the Annual General Meeting of InCoRM, pp. 8-16.

Excerpt Alexander Rodchenko: Report on the Factual Activities of the Museum Bureau, p. 28

Petra Mandt, The Paintings of Kazimir Malevich in the Ludwig Collection from the Art-Technological Point of View, pp. 49.58.

Anthony Parton, Keys to the Enigmas of the World: Russian Icons in the Theory and Practice of Mikhail Larionov, 1913, pp. 15-24.

Patricia Railing, Translation Igor Stravinsky: What I Wanted to Express in The Rite of Spring, 1913, pp. 25-26.

Fake or Fortune: on the Issue of Forgery of Russian Avant-Garde Art, 19 December 2015.

List of Forged Artists & Call for Documentation, Expertises and Lab-Reports

During the Wiesbaden trial and its preliminary research it became apparent that thousands of artworks by 85 different artists had been forged and sold through the SNZ Gallery. Allegedly the forged works were given credibility trough research- and authenticity documentation, expertises and lab-reports by various InCoRM members. A large number of these reports were lab-reports which allegedly showed fraudulent or incomplete results

Authentication in Art is launching a call to submit these reports and other documentation for research purposes. To be used as research material for the prevention of similar practices in the future

When you have – or have suspicions about – a report or documentation on a work of art supposedly made by one of the 85 artists listed below, please send them to:

A Matter for discussion

The Wiesbaden Landesgericht officially declared three paintings fakes in their verdict, it ordered the other 1797 to be returned to Ithak Z. This has led to Z. proclaiming in the press that his other 1797 works have been exonerated and declared authentic. However this is ignoring the difference in the burden of proof between a penal procedure and an authentication research. In the penal procedure the prosecution has to proof that a work is forged beyond a reasonable doubt (98-99% certainty), which is a hefty task. Especially considering that the forgers checked most of the painting materials with labs in Germany and England. Whether those labs were involved in the forgery-ring is an entirely different discussion.

However when a party attributes a work to a certain artist this burden of proof reverts. The work cannot be attributed to the artist until it is authenticated by art historical, conservatorial and scientific evidence. In case of doubt a work is not considered authentic and the attribution to the artist is not accepted by the art market/world.

It is this difference in burden of proof and the following confusion that Ithak Z. and others involved in forgery cases use to their benefit in the press.

Do you have examples of different cases in which the same has happened or additional views/comments on this matter? Write to us at the address listed above

The main goal of the Authentication in Art Foundation (AiA) is to stimulate dialogue and the understanding of the authenticity of paintings in all its aspects. These aspects range from understanding the process of (re)discoveries and uncovering forgeries to developing protocols and best practices for authenticity research for catalogues raisonnés, academic research and scholarship

As forgeries are an important part of our field, the Authentication in Art Foundation has compiled a list of unmasked forgers. We want to stress out that all information on this list is not of our own finding, but is based on publications and research of other parties into these forgers’ practices

Name: Marcantonio Raimondi 1480 – 1534
Area of Forgery: Albrecht Dürer
Source on the Forger: https://en.wikipedia.org/wiki/Marcantonio_Raimondi
Unmasked by: The Artist
Estimate: Not known*

Name: Luca Giordano 1634 – 1705
Area of Forgery: Dürer Painting: Christ heals the paralytic
Remarks: The forger did sign his own name on the painting. The court judged him innocent of forgery
Source on the Forger: https://en.wikipedia.org/wiki/Luca_Giordano
Unmasked by: Buyer / Expert
Estimate: Not known

Name: William Sykes, lived in the 18th century
Area of Forgery: Jan van Eyck paintings
Remarks: He bought original paintings contemporary to Van Eyck and added details such as the signature of Van Eyck
Source on the Forger: Charney, Noah, The Art of Forgery: the Minds, Motives and Methods of Master Forgers, pp. 195-197
Unmasked by: Art Historian
Estimate: Not known

Name: Elmyr de Hory 1905 – 1976
Area of Forgery: Post-Impressionist and Impressionist painters, such as Matisse and Modigliani, but also Picasso
Source on Forger: https://en.wikipedia.org/wiki/Elmyr_de_Hory
Unmasked by: Himself
Estimate: >€ 50 million (in today’s value)

Name: Walter Keane 1915 – 2000
Area of Forgery: He claimed to have painted the paintings in fact made by his wife Margaret Keane
Source on Forger: https://en.wikipedia.org/wiki/Walter_Keane
Unmasked by: His Wife/ Court
Estimate: >€ 17 million

Name: Tom Keating 1917 – 1984
Area of Forgery: Paintings of almost every style and period, from Italian Renaissance to Impressionisme, from Rembrandt and Titian to Modigliani
Source on Forger: https://en.wikipedia.org/wiki/Tom_Keating
Unmasked by: Himself
Estimate: >€ 10 million (in today’s value)

Name: Antoni Pitxot 1934 – 2015
Area of Forgery: Salvador Dali paintings
Remarks: Worked alongside Dali, it is rumored that Dali approved and signed works made by Pitxot
Source on Forger: https://en.wikipedia.org/wiki/Antoni_Pitxot
Unmasked by: Assistant of Dali
Estimate: >€ 25 million

Name: John Myatt 1945 – Present
Area of Forgery: Modern and contemporary masters in different media
Remarks: Claims he did not know his works were being sold as originals, became an asset for the British police in finding other forgers
Source on Forger: http://www.nytimes.com/library/magazine/archive/19990718mag-art-forger.html
Unmasked by: Police Investigation
Estimate: >€ 25 million

Name: Guy Ribes 1947 – Present
Area of Forgery: Chagall, Renoir, Dali, Leger, Modigliani, Braque, Matisse. Many of his forgeries were made on commission.
Source on Forger: https://fr.wikipedia.org/wiki/Guy_Ribes
Unmasked by: Police Investigation
Estimate: Not Known

Name: Anthony Gene Tetro 1950 – Present
Area of Forgery: Almost every style and period of paintings, from Rembrandt to Chagall, from Dali to Rothko
Source on Forger: http://tonytetro.com/
Unmasked by: Hiro Yamagata / Police Investigation
Estimate: Not known

Name: Ely Sakhai 1952 – Present
Area of Forgery: Post-Impressionist and Impressionist paintings
Remarks: Bought the original paintings, which he then had copied by a studio of Chinese immigrants. He sold the copies with the certificates of authenticity and other documents belonging to the original
Source on Forger: https://en.wikipedia.org/wiki/Ely_Sakhai
Unmasked by: Police Investigation / Auction Houses
Estimate: >€ 25 million 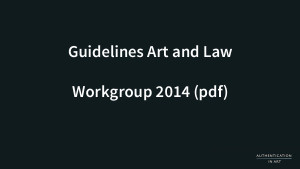 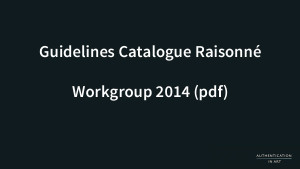